Aryanna Berringer was born on November 24th, 1982 in Murrysville, Pennsylvania. She first joined in 2001 only a couple weeks after 9/11 at the ripe age of 18. She was first deployed in March of 2003 in Iraq when the U.S. declared war on the Iraq forces. She wrote her own book titled, "My place in my world". When describing her experiences in the war, she mentions that not a lot of women are recognized as veterans today and that she's constantly involved in programs trying to help get women the attention they deserve. These programs are called Commission Continues and Team Red, White, and Blue. The activities they do include rebuilding community centers, community gardens, going for runs, kayaking, and hikes with post 9/11 veterans. "We utilize activity and group activity to reconnect and talk about things we might be experiencing or any struggles that we might be having. Also as a way for the community to see that veterans are still apart of the fabric of their communities", Berringer mentions. Berringer noted that the reason she joined was that she felt that it was of service and she wanted to continue the family tradition. She also mentioned that growing up, her family relied heavily on food stamps and free lunch and didn't have a lot growing up. Currently, Berringer resides in Pennsylvania with her three kids and works full time as an IT project manager. She ran for political office as well as ran for the U.S. Congress and Lieutenant Governor for her hometown of Pennsylvania. She's currently going back to school to obtain her P.h.D. in community engagement at the University of Pittsburgh. She also writes for the Pittsburgh Current, writing a political column that talks about her experiences in the war and onwards. Her podcast is releasing soon and will interview other veterans, particularly women to help change the narrative. This podcast will be titled, "What a Veteran Looks Like". Berringer's most important takeaway was that "one of the things that is most important to us veterans is that you don't just thank us, but you ask us to share our stories and you do give us the Opportunites because that'll inspire the next generation and on". 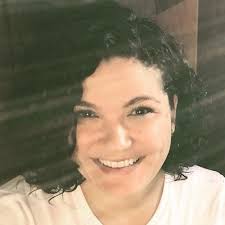