She was born Ruth Bancroft Law on May 21, 1887 to Sarah Bancroft Breed and Frederick Henry Law in Lynn, Massachusetts.

She was inspired to take up flying by her brother, parachutist and pioneer movie stuntman Rodman Law (1885-1919), with whom she challenged herself to physically keep up with during their childhood.

She was instructed by Harry Atwood and Arch Freeman at Atwood Park in Saugus, Massachusetts, having been refused lessons by Orville Wright because, according to Law, he believed that women weren't mechanically inclined, but this only made her more determined, later saying "The surest way to make me do a thing is to tell me I can't do it," and was an adept mechanic. She received her pilot's license in November 1912, and in 1915 gave a demonstration of aerobatics at Daytona Beach, Florida, before a large crowd. She announced that she was going to "loop the loop" for the first time, and proceeded to do so, not once but twice, to the consternation of her husband, Charles Oliver.

In the spring of 1916, she took part in an altitude competition, twice narrowly coming in second to male fliers. She was furious, determined to set a record that would stand against men as well as women.

Her greatest feat took place on 19 November 1916, when she broke the existing cross-America flight air speed record of 452 miles (728 km) set by Victor Carlstrom by flying nonstop from Chicago to New York State, a distance of 590 miles (950 km). The next day she flew on to New York City. Flying over Manhattan, her fuel cut out, but she glided to a safe landing on Governors Island and was met by United States Army Captain Henry "Hap" Arnold (who changed her spark plugs in the Curtiss pusher), who would one day become Commanding General of the United States Army Air Forces. President Woodrow Wilson attended a dinner held in her honor on 2 December 1916.

After the United States entered World War I in April 1917, she campaigned unsuccessfully for women to be allowed to fly military aircraft. Stung by her rejection, she wrote an article entitled "Let Women Fly!" in the magazine Air Travel, where she argued that success in aviation should prove a woman's fitness for work in that field.

On a morning in 1922, Law woke up to read with surprise an announcement of her retirement in the newspaper; her husband had tired of her dangerous job and had taken that step to end her flying career, and she acquiesced to his demand.

She attributed a 1932 nervous breakdown to the lack of flying, having settled down in a Los Angeles, spending her days gardening.

In 1948, Law attended a Smithsonian event in Washington, D.C. celebrating the donation of the Wright brothers' Kitty Hawk plane, despite Orville Wright's earlier refusal to teach her. Notwithstanding her accomplished career in aviation, she traveled by train.

She died on December 1, 1970, in San Francisco. She is buried in Pine Grove Cemetery in Lynn, Massachusetts.

SERVED WITH
TAGS
World War I, No branch assignment 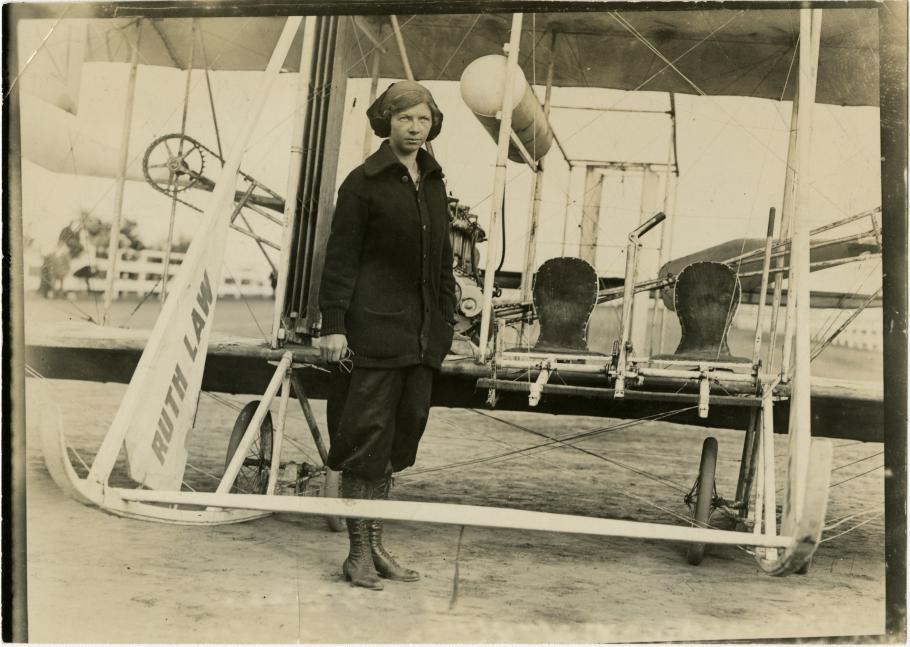