By August 17, 1943, Allied forces had successfully captured the Italian island of Sicily, opening the way for an invasion of mainland Italy. Thus, the Allies planned “Operation Avalanche” which consisted of the amphibious landing of Allied troops at Salerno, a southern Italian city on the country’s eastern coast. Two sub-operations would be taking place at the same time at Calabria and Taranto, two other southern cities, code named “Operation Baytown” and “Operation Slapstick” respectively. The invasion would take place from September 3 to 17, 1943, ending when troops began to advance past the beaches and into mainland Italy, commencing the Italian campaign.

When Benito Mussolini, the fascist dictator of Italy, took power over the country in 1922, he imagined creating a new Roman empire . Partnering with Germany in WWII, in Mussolini’s eyes, thus seemed to be a potential way to ensure this future for his country. Yet, Italy was militarily weak and suffered many defeats during the war, leaving them as less of a major player and more of an extension of Germany, as Germany had the real power. By the spring of 1943, opposition to Mussolini was becoming stronger, with many Italians pushing to remove him from power and to join forces with the Allies. The German presence in Italy made this extremely difficult, however.  Then, on July 10, 1943, the Allies landed on Sicily and quickly made their way through the island, taking it with little resistance from Sicilian troops. Soon after, Mussolini’s government began to crumble. By July 25, Mussolini was forced to resign, and he was arrested later that same day. His successor, Pietro Badoglio, and the rest of the Italian government quickly entered into secret negotiations with the Allies to discuss a surrender.

When the Allied invasion of mainland Italy began on September 3, the Italian government had already agreed to surrender to the incoming troops and to aid in pushing the Germans out of Italy. The Allies still faced opposition when landing in Italy from the German military units stationed there, who were enraged by Italy’s surrender. When troops landed in Salerno, it was clear they were going to face more adversity than they expected. German forces pinned the Allies down on the beaches and soon launched a powerful counterattack, leaving only a small force of Americans, who faced imminent danger. Yet, as British reinforcements and heavy armaments moved in to aid the Americans, it became clear that the sheer firepower on the side of the Allies would win out. In the end, the Allies successfully began to move into mainland Italy, making the invasion a success despite the initial difficulties. After many more months of fighting, Italy would finally be officially liberated by the Allies on May 2, 1945, when German forces ceased hostilities.

History: The Allied Invasion of Italy

The National WWII Museum: The Allied Invasion of Italy 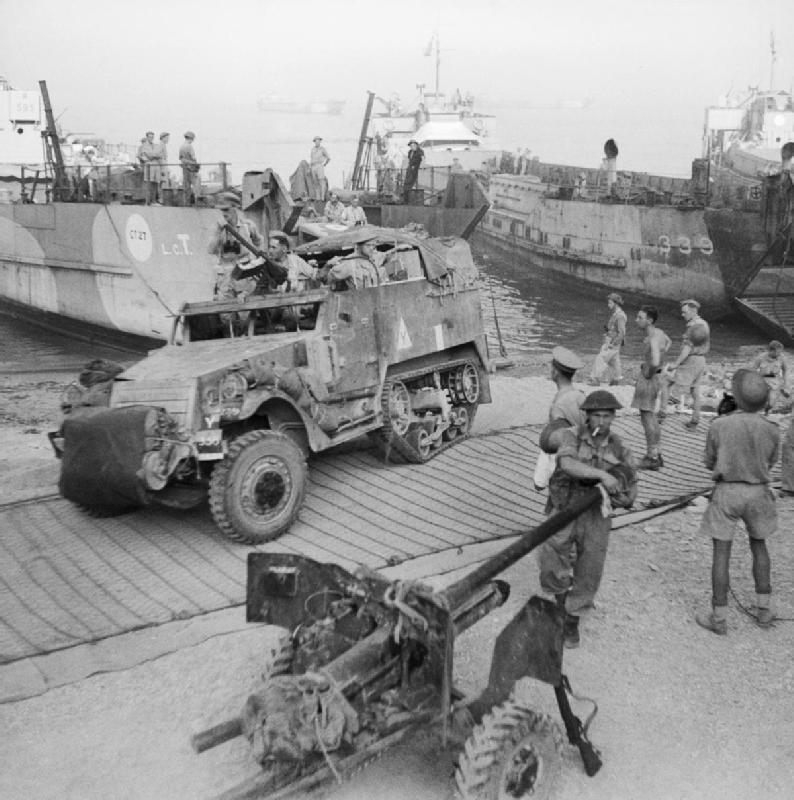