BATTLE'S STORY
The Invasion of Sicily

The Invasion of Sicily, codenamed “Operation Husky”, took place from July 9 to August 17, 1943. The object of the operation was to capture the Italian island of Sicily in order to allow for an invasion of the Italian mainland. This continued assault on Italy aimed to bring down the fascist regime of dictator Benito Mussolini,  leaving Germany as the main Axis belligerent in Europe. With the central Mediterranean securely in the hands of the Allies, their ability  to move in on Germany would be much stronger, hastening the end of the war in Europe.

The North African campaign came to an end on May 13, 1943, leaving a large Allied force in the southern Mediterranean waiting for what was next. American and British military planners decided that the next move for these troops would be to head for Italy, rather than sending them north to invade Europe through the English Channel. They marked their target as Sicily because it was a natural base to prepare for an invasion, due to its close proximity to the southern tip of the Italian mainland. Additionally,  the Allies would have extra protection from British airbases on Malta, an island 60 miles south of Sicily. Along with this, the Allies had another plan that would help them in taking the island. In April 1943, German agents discovered what they thought to be the body of a British Royal Marine Pilot. With the body were documents that detailed Allied plans to invade the Italian islands of Sardinia and Corsica. The documents made it all the way to German leader Adolf Hitler, who used the information to reinforce Sardinia and Corsica against an invasion that would never come. The body the Germans discovered was actually that of a man from Wales who had taken his own life, not a Royal Marine. The man was a homeless traveler who had died by ingesting rat poison, leaving his body in a condition that could be manipulated to look as if he died of drowning. The British government had the operation, codenamed “Mincemeat”, in progress already, and just needed the right body. Once they got a hold of the man’s corpse, they dressed him as a Royal Marine and outfitted him with a brief case filled with top secret documents. The documents were entirely false, created by the British to trick the Germans. Thus, as Germans were being moved to what they thought were the targets of the invasion in the summer of 1943, the Allies were headed to Sicily.

Before dawn on July 10, Allied troops began the assault on Sicily. In the afternoon of the same day, 150,000 Allied soldiers landed on the Sicilian beaches, accompanied by 600 tanks. The Germans had been so convinced by the plans left with the recovered body that only two German divisions were left in Sicily to defend the island. Because of this, Allied forces faced only limited resistance as they advanced through Sicily. In the following five weeks, American and British troops headed north to Messina, a Sicilian city extremely close to the Italian mainland. The Italian government was so shaken by the invasion that it soon fell into disarray. On July 24, 1943, Prime Minister Benito Mussolini was removed from office and arrested soon after. The new leader of Italy, Pietro Badoglio, quickly entered into talks with the Allies to negotiate Italy’s surrender.

As the Allies closed in on Messina and Italy’s government changed hands, Italian troops began withdrawing from Sicily. The remaining German troops continued to fight, but were told to have a plan prepared to withdraw from Sicily if necessary. With the Allies not far from Messina, the Germans decided to evacuate the city, moving all of their men and munitions off the island. When American General George Patton and his men arrived in Messina on August 17, they anticipated another battle with enemy forces, but instead found the city abandoned. The Allies had hoped to impart more losses on the Germans in Sicily to make future fighting on the mainland easier. Despite this, the invasion of Sicily was successful, opening the way for the invasion of mainland Italy.

History: The Invasion of Sicily

The National WWII Museum: The Invasion of Sicily 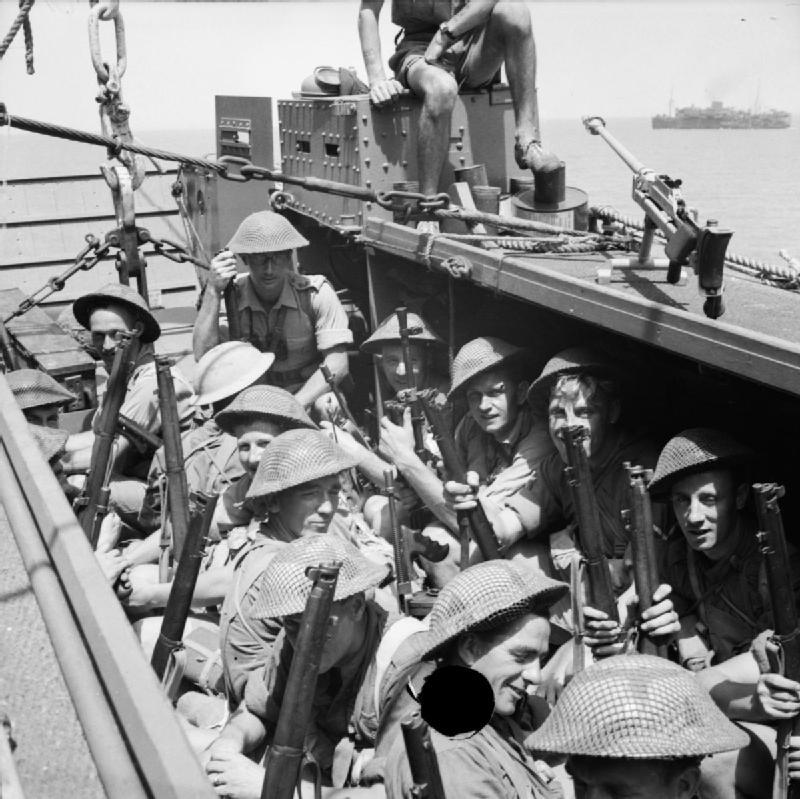