Nova Stiner was born in Portland, Oregon on September 19, 1978. She grew up as a child in Alameda, California since her dad was in the Navy. When he retired, he moved their family to McMinnville, Oregon where she graduated high school. She went to college right away, did two years of school, then moved back to her home town in McMinnville, Oregon. She was living in a house with 4 other girls one summer when a girl she had gone to high school with stopped by. Stiner described her saying "She used to be this really twiggy little girl, and she was now really fit and muscular. I asked her how she did it, and she said she joined the Army." Stiner joined shortly after. After that, she bounced from one state to another, but after boot camp, moved to Washington. She's been in Yelm for 10 years and joined the Oregon Army National Guard in December 1998 where she served for 12 years. Shortly after 9-11 happened, she was put on orders Sep 20, 2001, and worked full time for 8 years. During that time, the war she served in was Operation Enduring Freedom, June 2006 to June 2007. She was a medic and served in Afghanistan for a year. After her year, she was recruited to be an Operation Warrior Trainer, which led her to JBLM. After, she got married and had twin boys, but one was very ill. Due to his illness, she decided to stay in Washington. In October 2010, she transferred to the Army Reserves, her new unit put her on orders and she was deployed with them in Kuwait for 9 months.

Stiner served 12 years in the Oregon National Guard and is currently serving in the Army Reserves. On February 3rd, she will have served in the military for 20 years and two months. She said "not sure when I'll retire. I haven't decided yet."  After serving in the Oregon National Guard for 12 years she said finding a job wasn't that hard. After being on orders for 8 years, she kept herself pretty busy. She had twin boys who were only one year old and one had gotten sick because they came two months early. So, she spent her first year off orders taking care of them. When she transferred to the Reserves, they decided she was smart, so they put her on orders. She spent almost 4 years on orders with her unit, to include a 9-month tour to Kuwait. After that, she went back to finally finish her last two years of college, got her Bachelor's in Business, then applied and got hired for the job she currently has. At the moment, she works for the Department of the Army as a civilian. She is an Army Reserve Administrator,  in the Reserves, she is a Senior Budget Analyst. In the past, with the National Guard, she served as a Combat Medic and a UH-60 Repairer (Blackhawk Mechanic). "I've had some pretty cool jobs," she said.

When asked "Did your experience in combat affect you positively or negatively? If so how and why?" she answered; "I think being in Afghanistan, and doing the job of a medic, affected me both positively and negatively. I am definitely a more aggressive driver, which is not always good. On a positive note, I've learned how to cope and manage stressful situations and make on the spot decisions much better than I had in the past. I also learned to be more creative. When you're stuck on a very small base, and there's not a whole to do, you come up with some crazy games. We used to play cards at night, and losers would have to do stupid things, like eat a half tube of really crappy chapstick, or hold an alcohol swab on your tongue for 30 seconds. As for my tour in Kuwait, I learned how to be more patient. This place really tested my nerves." In Kuwait,  she earned The Honorable Order of Saint Christopher (HOSC) which recognizes those individuals who have demonstrated the highest standards of integrity and moral character; displayed an outstanding degree of professional competence; and served the Transportation Corps with selflessness. She received a Meritorious Service Medal (MSM) for her work in Afghanistan. And as well received the usual overseas medals, but says she "worked her butt off" for the HOSC and MSM. Despite all her achievements, she was still mistreated as a woman while serving. When she wanted to transition from being a medic to aviation, the command team that she had to interview with were hesitant on taking on females. They suggested she be in flight operations or a fueler. They questioned whether her ASVAB scores were good enough; they were. So they gave her a shot. She went to the UH-60 Repairer school for four months in Fort Eustis Virginia. She was the only female in her class. One instructor gave her a really hard time, his goal was to make females cry. It didn't work. She graduated second in her class. "I was pretty badass, lol," Stiner said.

She said the hardest part was being away from her family. Her first tour wasn't so bad; she didn't have kids then, but she was really close with her sibling. Her deployment to Kuwait was much more difficult, her twins were 4 when she had to go. She was fortunate enough to be on a base with great amenities, so Skype was a ritual on Sundays. "That made things a lot better, but you can't keep a 4-year-old's attention for very long on Skype." She said the best experience from Operation Enduring Freedom was everything about her job. She was lucky enough to go with her best friend Brooke. They were females number 4 and 5 when they got to Herat. The only other females that were there full time were two Navy officers and one reporter. They had one male physician's assistant one male medic on their team. They pushed the guy, SSG Yeager, down to Farah and Shindand area. They wouldn't separate females; they had to stay a team for their own safety. It took a few weeks for them to finally be able to get out of the gate to go on missions, but one incident that occurred the first week they were there really allowed themselves to prove to the male soldiers that they belonged there. In addition to going on a mission, the Special Forces Group that was on their compound took advantage of the fact that they finally had female Army soldiers. They took them on their missions and they had to perform physical searches on an Afghan female, looking for weapons and Intel. Lastly, they had a sand hesco wall that separated them from the Afghan Army they supported and trained. Brooke and Nova trained Afghan medics to be just like themselves. They took them on missions and taught them how to perform MEDCAPs (Medical Civil Action Program), going to villages around their area to give medical aid to women and children. They also taught them how to teach classes to their infantry soldiers for first aid. Similar to their Combat Lifesaver Class they do in the Army. It was very unusual for the Afghans to be so accepting of them. During training to go to Afghanistan, they were actually told to not communicate with Afghan males and if they must, they had to do so through a male Soldier. "We broke that barrier on our first day, lol," There was no way they were going to be able to do their job had they not. The command quickly decided that they each needed an interpreter and they went to work. "Now, getting an interpreter to agree to work with a female proved to be much more difficult than I thought it should be. We were able to get them to trust us though. Eventually, they saw the need to have lifesaving skills, not only for themselves; but for others. They requested we give them a class too." Once word got around of their progress to communicate with Afghan males, a military reporter cam did a story on them. The link is below.

For my final question I asked her; Did you or did you have any regrets about enlisting?" Stiner answered, "I have no regrets. While some join because of patriotism or education or to learn new skills, I joined to retire. I knew that this wasn't going to be easy. I knew that whatever I did for this Army, it was only going to make me better and challenge me in ways I could not imagine. The Army has and continues to prepare me for my next chapter."

TAGS
Afghanistan (OEF), Army
Sign In to Edit this Profile 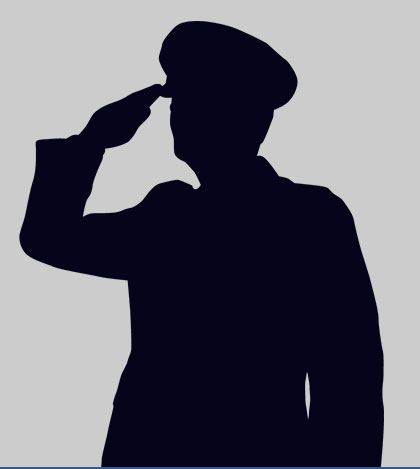